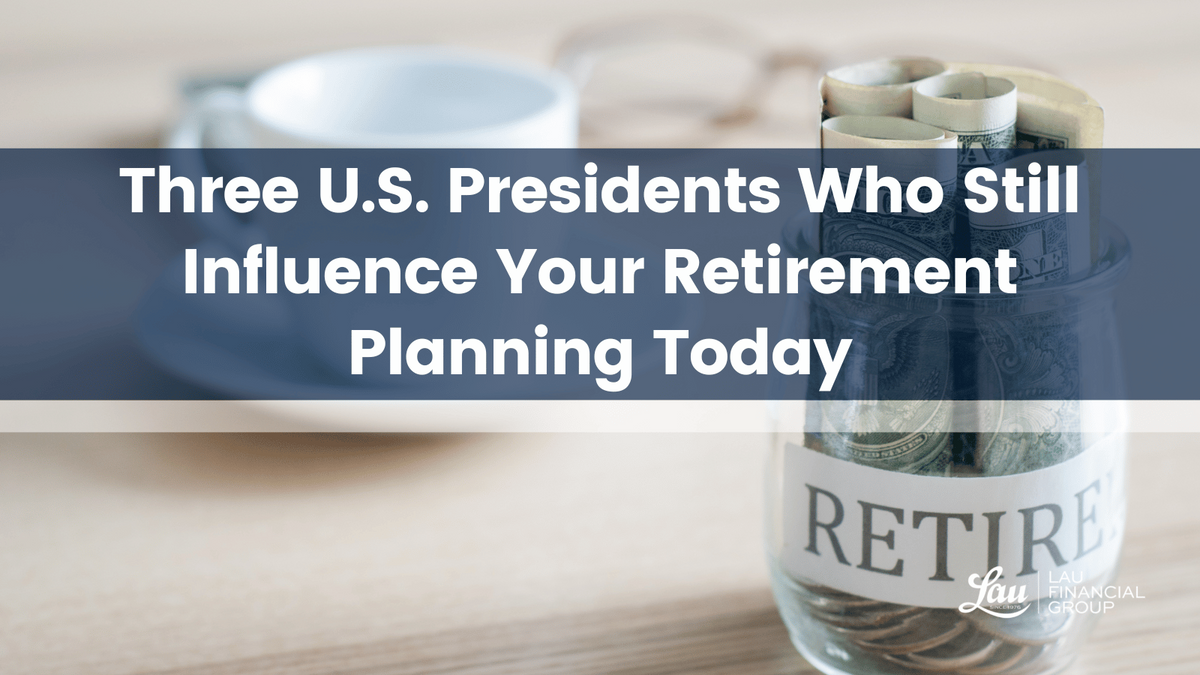 Each year, Presidents' Day is celebrated on the third Monday in February, paying tribute to George Washington, Abraham Lincoln, and the other U.S. presidents who helped create this country and allowed it to thrive.

But while the earliest presidents were responsible for shaping U.S. democracy, it's the presidents of the last 100 years who have shaped the personal finances of many modern U.S. households. Here we discuss three U.S. presidents who had a role in shaping American retirement planning, and how their efforts endure today.

In 2019, nearly 70 million Americans received benefits administered by the Social Security program, and 55% of these beneficiaries are women.1

ERISA requires plan sponsors to provide participants with a variety of information, including:

In 1978, President Jimmy Carter, Jr., signed the Revenue Act of 1978. This law amended Section 401(k) of the U.S. Tax Code to expand retirement plan offerings. If the phrase 401(k) sounds familiar, it's because this is the legislation that helped create a new type of retirement plan.

Section 401(k) took effect Jan. 1, 1980, and, for the first time, gave employees a way to defer their salary, bonuses, or stock options into a retirement account, tax-free. Many employers created and offered 401(k) plans as a way to supplement (or, in some cases, replace) the defined benefit pension plans.

Today, 401(k) plans remain one of the most popular and frequently-used ways to save for retirement. As of 2022, the average U.S. worker is setting aside about 14% of their total income in a 401(k) retirement plan.2

This material was created for educational and informational purposes only and is not intended as ERISA, tax, legal or investment advice. If you are seeking investment advice specific to your needs, such advice services must be obtained on your own separate from this educational material.

All information is believed to be from reliable sources; however LPL Financial makes no representation as to its completeness or accuracy.

This article was prepared by WriterAccess.

We believe in working hard for our clients, cultivating strong partnerships and relationships, and providing the value and respect you and your family deserve.

BrokerCheck is a free tool to research the background and experience of financial brokers, advisers and firms.